Exploring the command to love you neighbor as yourself.

Chuck Martin
favorite_border
FAVORITE
share
SHARE
In this sermon Pastor Chuck Martin explores what the command to love your neighbor as yourself looks like in action. He challenges us to apply this scripture right where we live, get to know who your neighbors are and learn and understand the differences in their belief systems. Video recorded at Frisco, Texas.

love god  who is my neighbor  god is love  building bridges

Look at verse 30 we’ll read through till the end of it in verse 37, and in reply asking the question, who is my neighbor? Here’s how Jesus replied, and in reply: Jesus said: “A man was going down from Jerusalem to Jericho, he doesn't identify, it’s assume that he's Jewish but he doesn't say, that a man is going from Jerusalem to Jericho when he was attacked by robbers, and by the way, that was a very Infamous road in that day and it was the dangerous route. They were familiar with it if they were from that part of the world. They stripped him of his clothes, beat him and went away, leaving him half dead. Okay, this like their worst nightmare, but something like right off the pages of the news. Verse 31 A priest happened to be going down the same road, and he saw the man, he passed by on the other side. So too, a Levite. A Levite, it was someone who assisted the priest and you could say in a sense, in our terms, a priest perhaps, you could think Pastor, Levite might be staff member of a church, right? So too, a Levite, when he came to the place and saw him, passed by on the other side. But a Samaritan, and the Samaritans were those who had some Jewish descent but had intermarried with the Assyrians, the Babylonians and they had become a racially diverse group and they had different belief system and they were considered by many Jews, to be the enemy. So, when you see the word Samaritan in his day, there would have been a, oh, not a Samaritan. But a Samaritan, as he traveled, came to where the man was; and when he saw him, he took pity on him. I love that word, took pity on him, splagchnizomai, in the Greek, which means to be moved in your bowels, which sounds really disturbing. But in Jesus’ day, that meant to feel something deeply, in other words, he was moved with compassion. Okay? Notice what it says, And he went to him, and he bandaged him, in other words he didn't, he did not avoid him, he went to him rather than away from. In other words, he took the initiative, he went to him. He bandaged his wounds, poured on oil and wine. Put the man on his out on his own donkey. He in other words, he risked himself. He invested himself. He brought him to an inn and took care of him. The next day he took out two denarii and gave them to the innkeeper. “Look after him,” he said, ‘and when I return, I will reimburse you for any extra expense that you may have had.’ In others it cost him time, and effort, and money. Verse 36 “Which of these three do you think was a neighbor, was a neighbor to the man who fell in the hands of the robbers?” The expert of the law replied, “The one who had mercy on him.” He couldn't even bring himself to say the Samaritan, the one who had mercy on him. Jesus said, “Go and do likewise.”
You see what Jesus did, as he did so masterfully, is he turned the question on its head. Who is my neighbor, then became what does being a neighbor look like and who can I become a neighbor to? Okay? In other words, as long as we're trying to define, who is my neighbor? Okay. I want to know, who am I responsible to or let's make that, as small of a circle as possible, then we are going to miss some God ordained opportunities. And what God is challenging us to do is to be open to Him, to love the people that are there. And that God puts there, regardless of whether they're like us or not. So, what were some things that this guy did differently than the other two? And we could talk about why the priest or the Levite pass by? I'll mention that in just a moment. But I want to focus on what made this guy different. To begin with, he saw the man differently. It says that the priest saw him, and the Levite saw him, but this guy saw him differently. In other words, he saw someone in there, where something about that individual in need, that he identified with. And as long as you've used someone as a, in a category of other than, then you miss the opportunity to see them as God sees them. You do know people are people. I hope you know that. Regardless of their background, people are people. They have, they are made in the image of God. They are of value. They have, they have the same desires and passion and love. And we're going to see that we share far more than what separates us.
He saw the man differently. How do you see your neighbors? How do you see your neighbors that may be of a different background, different life stage, different ethnicity? Do you see them as God sees them? Do you see them through his lens? The second thing, notice, he identified him, with him. He connected with him and in other words, he took pity he saw, wow, that could be me, right? The third thing he was willing to personally get involved. He was willing to personally get involved. He moved towards, not away. 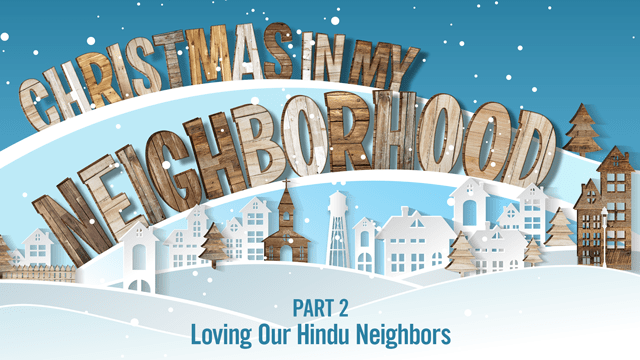 Christmas In My Neighborhood - Loving Our Hindu Neighbors
33m
In this sermon Pastor Chuck Martin helps us to get to know our Hindu neighbors by introducing us to the main beliefs of Hinduism. 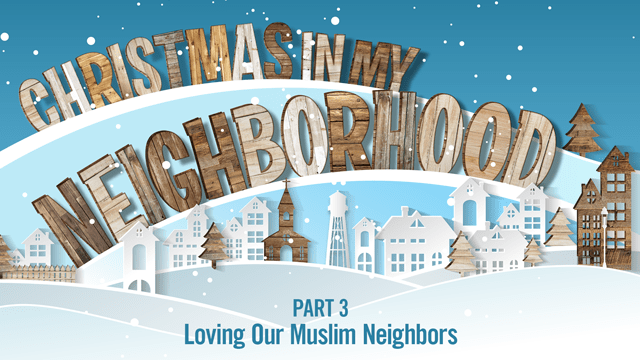 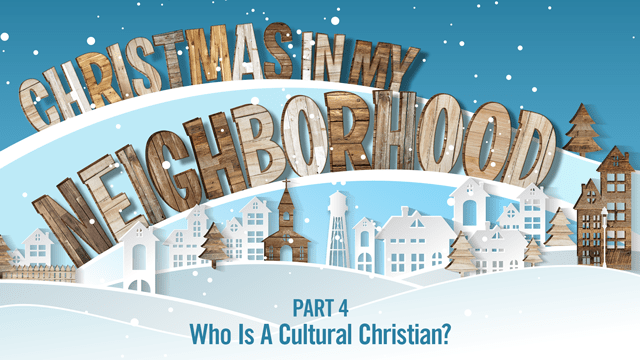